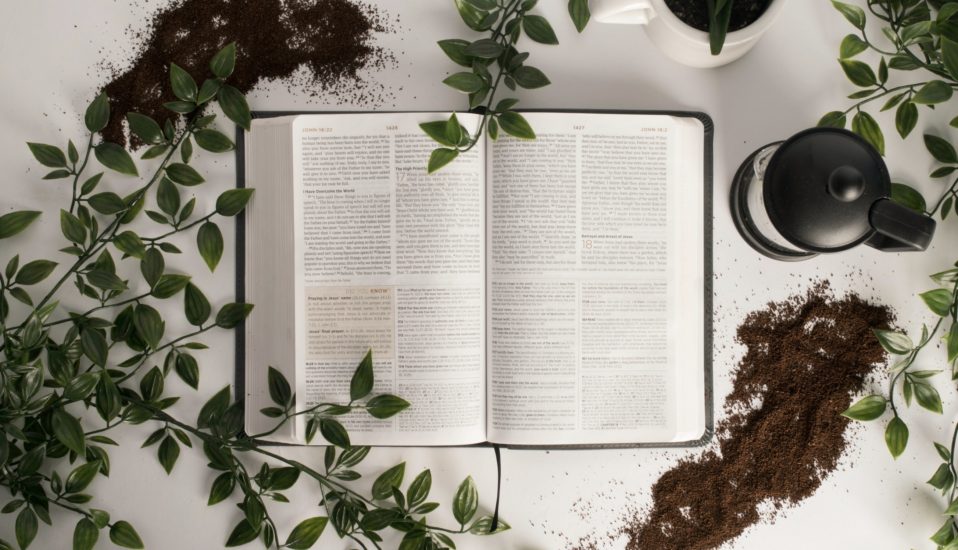 After Joseph’s generation passes, Israel remains in Egypt, multiplies greatly, and grows to great strength. A new Pharaoh rises to power that does not remember or regard Joseph. He grows fearful of Israel. To contain the potential threat they represent, he enslaves them and makes them build the stores cities of Pithom and Raamses. Dissatisfied with the impact of slavery, he commands Shifrah and Puah, two Hebrew midwives, to murder every male child at birth.

They refuse to do so. When he confronts them, they argue that the Hebrew women are stronger and give birth faster than the Egyptian women. Angered, he orders his own servants to throw every male baby into the Nile River.

In the midst of this persecution, Moses is born to Amram and Jochebed. They hide him for three months. Unable to continue hiding their child, they make a basket, place it in the Nile River, and hope their child will escape. Miriam, Moses’ older sister, watches and follows. The basket miraculously arrives in the bathing spot of Pharaoh’s daughter. She takes him as her own, names him Moses, and brings him into the royal family.

Moses grows under the tutelage of Egyptian education and royal life. He is drawn to visit his people, the Israelites. He sees their burdens. While there, he intervenes when an Egyptian taskmaster beats a Hebrew slave. He kills the Egyptian and buries him in the sand. Drawn once again, he visits his people the next day. This time, two Israelites fight and he intervenes. They repel his intervention, exposing his murder from the previous day. In response to the killing, Pharaoh seeks Moses’ life. Moses runs away to Midian.

In Midian, Moses encounters some female shepherdesses mistreated while attempting to water their flocks. Moses intervenes, protects them, and then helps water their flocks. The shepherdesses turn out to be Jethro’s daughters, the priest of Midian. Moses is invited to stay with Jethro’s family. He marries Zipporah (Jethro’s daughter), becomes a shepherd, and begins having children.

After many years as a shepherd, Moses encounters Yahweh. From afar, he sees a bush on fire but its not burned up. He approaches to see the strange phenomena. Yahweh speaks to him and reveals His memorial name: I am that I am. Moses is commissioned to return to Egypt and confront Pharaoh with Yahweh’s words: “Let my people go.” Reluctant, Moses makes multiple excuses. Yahweh concedes and sends Aaron, Moses’ older brother, to act as the prophetic mouthpiece.

Upon return to Egypt, Moses appears to the elders of Israel and does miracles to prove he’s sent by Yahweh to be their deliverer. Initially, they believe him. Moses then appears before Pharaoh. He does not respond favorably to Moses’ request but increases Israel’s labor. Israel’s elders turn on Moses after the labor increase and accuse him. Moses complains to God. In this moment of desperation, God renews His promise to free Israel.

DEVOTIONAL: THE MESSIAH IN TORAH

This devotional is not a comprehensive discussion of the Torah portion. Its purpose is to identify themes that point to and reveal Jesus the Messiah.

Israel’s place of protection under Joseph passed. Still they were fruitful. The promise to Abraham was channeled through them. A new Pharaoh, with no regard for Joseph or Israel, systematically enslaved and persecuted them. Could Yahweh’s promises to Abraham, Isaac, and Jacob be fulfilled? Was God powerful enough to redeem his people from the world’s most powerful nation?

Moses was taken into the royal family of Egypt in direct response to the crisis. To fulfill His eternal purposes and promises, God sent His redeemer. Moses’ life was preserved. His calling was revealed. His ministry as Israel’s deliverer unfolded. In Moses, we see our Messiah. Like Moses, Jesus was born in the midst of a persecuted generation and His life was miraculously preserved. Like Moses, Jesus’ life and ministry confronted both the heavenly and earthly powers that enslaved humanity.

We also see the Messiah in the revelation of God’s name at the burning bush. God commissioned Moses to lead Israel out of bondage. Moses asked for God’s name. In the revelation of a god’s name is its authority and power. God responds with a phrase that could be translated I am that I am or I will be what I will be or I am He who shall be. The sense is this: Yahweh is eternal. He has been and always will be and He will do everything necessary to keep His covenants and promises to Israel.

Fifteen centuries later, Jesus debated with Jewish leadership. They refused to believe He was the fulfillment of Abraham’s vision and the revelation of God’s salvation. He claimed Abraham rejoiced to see His day. His listeners were appalled. He could not have appeared to Abraham since he was not yet fifty years old. Jesus said, “Before Abraham was, I am.” His words were identical to the word Yahweh spoke to Moses at the burning bush. Intentionally, Jesus aligned His life and ministry with the original revelation of God’s name and nature. Moses experienced the manifestation of Yahweh and Jesus was the manifestation of Yahweh. In Him, we experience God’s fullness and redemption (Hebrews 1:1-3).