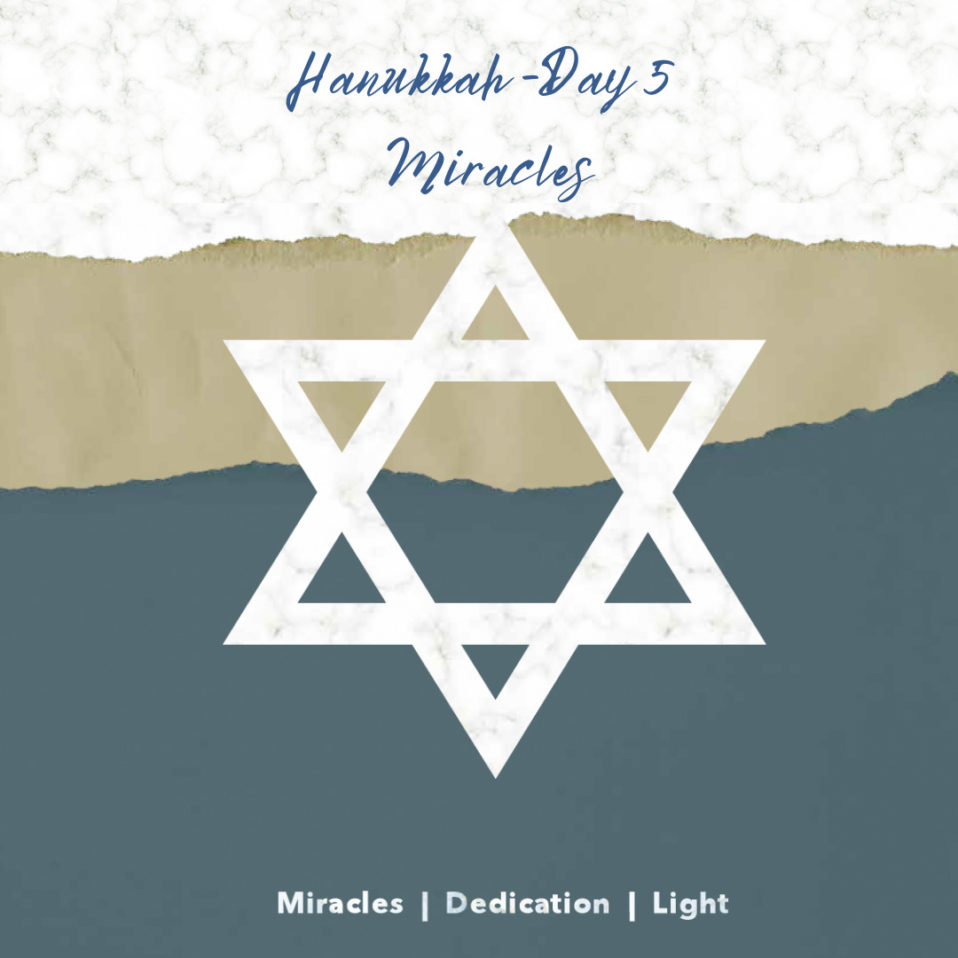 The Story – Miracles, Donuts and Latkes

Each year, we fry donuts and latkes in oil. While this is mainly a tradition based on a legend, the reminder of miracles is quite relevant. After the Maccabean revolt, the battle had been won! Antiochus had underestimated the strength of the Maccabean movement! The Jewish people would maintain their independent country for over a century after this incredible revolt, and Judah Maccabee went down as the greatest military commander in Israel’s history!

The miraculous victory was all the more impressive because Antiochus had been a world power. His thousands of soldiers, horsemen and armored elephants had fallen to the Jewish soldiers! Antiochus never again attempted to take the nation of Israel back, and the humiliated King later died attempting to conquer the Arabian coast. The man who had boasted of being god incarnate on the earth had been bested by a ragtag group of soldiers under the authority of the one true God, Yahweh!

The Jews took back the Temple from the Syrian Empire in an enormous victory, and tore down every Greek statue, altar and gymnasium! They cleaned up the Temple in Jerusalem and began to piece together their Temple.

As legend would have it, as they picked through the remains of the Temple, they found one jar with sacred oil for their candelabra. The menorah was supposed to stay lit constantly according to Levitical law, and to their dismay, they only had enough oil to last for one day! It would take eight more days to make new oil! How could they ever finish it in time?

Not to be deterred, they decided to light the oil they had and make new oil for the lamp. Legend would have it that the oil in the lamp burned for eight days straight as they prepared new oil for the Menorah! Though this is subject to legend, it brings more power to the incredible miracles Yahweh performed on behalf of the Jewish people! Today, as we eat donuts and fry potato pancake latkes, we remember the miracles God did for the Maccabees.

God did wonders on behalf of his people Israel during Hanukkah. Through Hanukkah, we can again believe in miracles! The point of a miracle is that it doesn’t make sense. Moses parting the Red Sea, miraculous battles won on behalf of Israel, babies being raised from the dead: Sometimes, God chooses to act in a way that we can’t fully comprehend as humans. We describe these moments as unexplainable, because we cannot attribute them to science or natural law.

Our God is one of incredible miracles! Miracles was one of the ways Jesus proved his deity. Miracles show us that our God is exalted above all else, and not one person can resist his authority over all earth and heaven, the natural and the spiritual realm!

Today, we have the power to perform miracles, because Jesus sent his Holy Spirit to us! When we believe in the power of God who is our salvation and strength, we too can perform miracles even greater than the miracles Jesus did on earth!

Your ticket for the: Hanukkah Day 5: Miracles, Donuts and Latkes