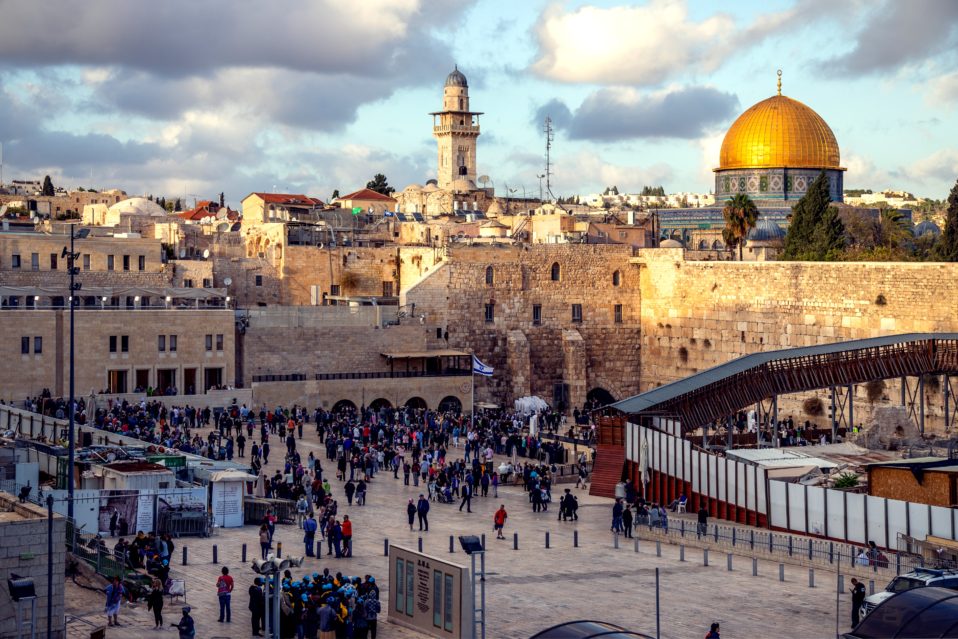 Four Reasons Why We Support Israel

ISRAEL IS THE LAND OF GOD’S CHOSEN PEOPLE

God promised Abraham a land and a nation when he made a covenant with him in Genesis 15. As believers in Jesus and the Messiah, we know that God promised his people a land and a nation forever. As believers in Jesus, we know when a promise is made in covenant between God and his people, God will never go back on that promise. Today we know that Israel is the land of God’s chosen people because of his covenant with Abraham. As Christians we can be sure that God’s promises to us today will be fulfilled in the same way. Because of this, Israel has a right to their land, a right to be a nation, a right to be a people group, and a right to defend themselves.

WHEN WE BLESS ISRAEL, WE WILL BE BLESSED

In Genesis 12, God promised Abraham that he would “bless those who bless you and curse those who curse you.” Throughout history, we have seen the proof that God blessed those nations who stood with Israel and cursed those who did not. Even today, this means we will be blessed as individuals, and as a nation when we stand by the people of Israel. We can stand with Israel knowing that God has a purpose and a plan for his people.

Today in most Middle Eastern countries, any person who is found to be following Jesus is killed, persecuted or imprisoned. Since the beginning of the nation of Israel, Christians have been welcomed and protected in the borders of Israel. In addition, it is the only country in the Middle East who values the rights of women, refugees, religions and the press. It reflects these rights in its politics and ways of conducting daily life. We can support the nation of Israel just because they protect the rights of Christians and other minorities in the Middle East.

ISRAEL IS A BLESSING TO THE WORLD

Israelis live life by the mandate Tikkun Olam, or “Save the World”. This is the belief that if they make the world a better place for one person, they have done good in the world. God made his chosen people Israel to be a “light to the nations,” and we can see this in the way Israel blesses the rest of the world.

Israel is at the forefront of the medical movement and has provided life saving procedures that have changed the medical field for good. They are at the forefront of the technology field and many of our technological advances today are due to the Jewish people. They lead the world in humanitarian work with their “first in, last out” mandate to help countries recover from disasters. They have more humane military advances and practices than any other military in the world. They share their knowledge and support with America and other allied countries. They provide water advances and other biological technologies to nations around the world. This is because of the success they encountered when they made their own Israeli desert bloom. Finally, they offer a safe haven for thousands of Middle Eastern refugees.

The people of Israel have been blessed with an exorbitant amount of talent and skill, and they are doing their best to bless the world. How can we not support such a country?

ISRAEL IS A BLESSING TO THE WORLD

It is our role as Christians to support the country of Israel. Let us always remember the blessing that Israel is to us, and ever seek to bless them equally.

Your ticket for the: Four Reasons Why We Support Israel

Four Reasons Why We Support Israel