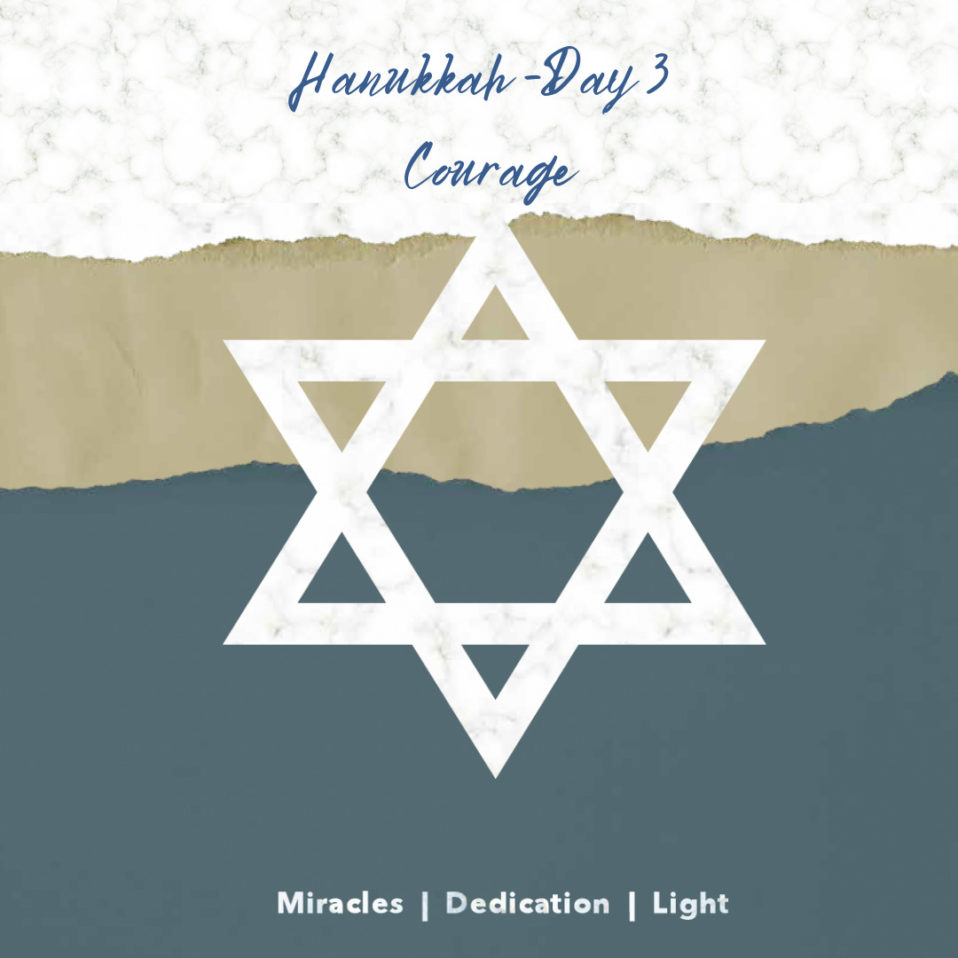 Imagine: your world has fallen apart, and it would seem that Antiochus has won. Jewish culture has succumbed to political and religious assimilation, and Jerusalem is looking increasingly more Greek every day. But suddenly, something changes. Judah Maccabee and Mattathias appear.

Not all of the Jewish people would succumb so easily. Though many Jews submitted, others understood that assimilation and elimination of Jewish worship, sacrifices, and traditions would be the destruction of Judaism itself! Though the flame of conviction was small, it was steadfast. These brave Jews would not back down.

Antiochus’ heavily armed soldiers were sent out of Jerusalem to force the Jewish people across the nation of Israel to worship the king and make sacrifices of pigs to the Greek gods. A large army of soldiers came to Modin, a small town on the outskirts of Jerusalem. They went straight to the home of an influential Jewish family led by a priest named Mattathias and his five sons.

The generals and a Hellenistic Jew tried to sweet-talk and coerce Mattathias and his family into offer sacrifices, knowing his influence would bring many Jews to the Hellenistic side, but Mattathias would not hear of it. The generals grew more and more angry, and they marched him to a Greek altar erected in the town. Forcing him to the altar in the sight of all of the Jewish people in the town, they ordered him to give in, on pain of death.

But Mattathias and his son Judah Maccabee would not forsake his faith. In a miraculous burst of energy quite unexpected for a man of his age, he grabbed the sword from the general’s hand and ran the general and his men completely through! He tore down the Greek altar with a strength comparable to the righteous anger of the prophet Samuel when he lopped off the head of the captured King Agag in the Old Testament!

Mattathias and his sons drove off the soldiers with a loud battle cry led by Judah Maccabee —” Whoever is for the Lord, follow us!” And just like that, in a matter of moments, the rebellion of the Jewish people had begun!

When you think of courage, what do you think of? Do you think of a person? Of a storybook character? A time when you were faced with your own fear and you conquered because you chose to be courageous?

No matter how we associate it, courage is the ability to do something that frightens you! Now, just because we feel courage doesn’t mean there is no fear present. On the contrary, for courage to be present, there must be fear that instills the courage! Courage means we feel the fear and we choose to act on our convictions anyways. Courage comes from our worldview and what we truly believe in our heart. It means we choose to be brave over and over and over again! It means we persevere through the power of the Holy Spirit, even when we are faced with our greatest adversity!

Courage requires us to stand up against wrong and stand up for what is right. It means we must be willing to get out of our comfort zone and embrace our faith in the One who will always conquer! We see this courage in the Maccabees and their incredible faith in God and belief in their cause!

Today, we are constantly battered by things that require us to stand up and be courageous. We cannot stand by the sidelines and allow the injustice! We must always remember that in order to be truly courageous, we stand upon and fight for the truth of the Bible: that is true courage. In order to see the gospel prevail, we must speak out against injustices, those things that do not glorify God. We must be deeply convicted like Judah Maccabee and Mattathias and stand strong in the face of adversity.

Your ticket for the: Hanukkah Day 3: Courage and Judah Maccabee